The 812 Competizione A, a spectacular limited-series with Targa top, is an homage to the Prancing Horse’s glorious open-top tradition. The car encapsulates and epitomises the company’s 70-plus years of experience on the world’s circuits, drawing on its thoroughbred sports car DNA to deliver a perfect marriage of performance, form and functionality. Aimed at Ferrari’s most passionate collectors and connoisseurs, it features numerous uncompromising engineering solutions to guarantee peerless driving pleasure.

Evolution of a Legend

The car’s most striking feature is the latest evolution of Maranello’s legendary 65° V12 engine, which reaches the highest output of any Ferrari road-car engine – 830 cv – and revs to 9,500 rpm, again the highest of any Ferrari ICE. The use of high-tech materials, the redesign of many of the engine’s key components, a new valve timing mechanism and a new exhaust system are just some of the technical solutions that allow the most noble of Ferrari engines to deliver unprecedented performance levels.

In-depth cutting-edge aerodynamic research has produced solutions that are extreme in form, featuring profiles that are unprecedented for a road-legal car. From the new air ducts to a distinctly unconventional tail and exhaust configuration and even the patented design of the rear screen and front bumper, every modification is a faithful expression of Ferrari’s core belief that form must always follow function.

One of the 812 Competizione A’s many striking features is its bonnet, which has a transverse groove in which the carbon- fibre blade sits. This proved an original way of disguising the air vents for the engine bay, whilst also increasing their surface area. The car’s nose shows off all of its imposing power with a wide front grille flanked by the two distinctive and prominent side brake intakes. The carbon-fibre splitter underscores the car’s broad, squat stance, hinting at its impressive road-holding.

For its engine air intake, the 812 Competizione A adopts an integrated solution. This allowed the intake to contribute not just to a reduction in weight, but also in losses to the intake plenum. The evacuation of hot air coming off the radiator was improved by exploiting both the vents on the bonnet either side of the central ‘blade’. These areas are particularly efficient in terms of cooling and so allowed the designers to optimise and reduce the apertures on the underbody, all to the benefit of the front aero. 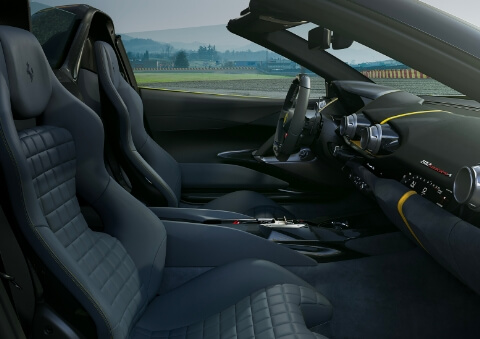 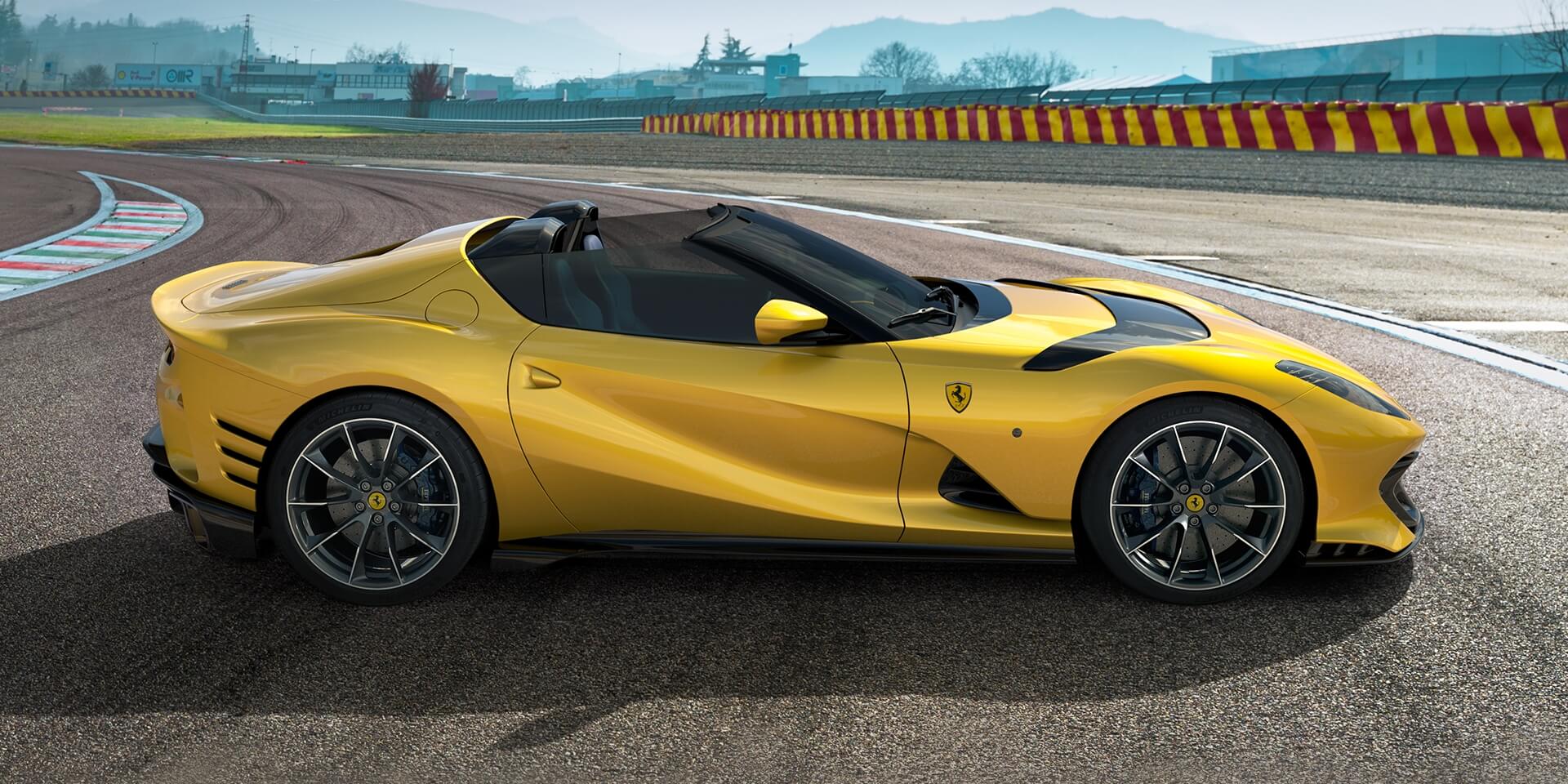